Following months of anticipation, pre-order chaos and the all too familiar feeling of disappointment to an “out of stock” notification, the PlayStation VR headset became increasingly more elusive. However, over one hundred days since its original release I now find myself with a lighter wallet and the proud owner of a PSVR Headset. 2016 was the year that VR launched […]

Following months of anticipation, pre-order chaos and the all too familiar feeling of disappointment to an “out of stock” notification, the PlayStation VR headset became increasingly more elusive. However, over one hundred days since its original release I now find myself with a lighter wallet and the proud owner of a PSVR Headset.

2016 was the year that VR launched into the mainstream conscious as three high-tech headsets have now made their way onto the market. However, the PSVR is most likely the one most people are going to be using. In at just £349, the PSVR is more than £100 cheaper than the Oculus Rift (£499) and half the price of the HTC Hive (£758.99). In short, Sony has delivered a consumer-friendly bit of kit that requires just a PS4 to run.

So how does the PSVR hold up and was it worth the 3-month wait to finally get my hands on a headset?

I’ve read some reviews where users have had issues with setting up the PSVR; in particular, the PlayStation camera (not included) seems to be the downside for many. Yet, despite the overwhelming number of components and cables, I found the Playstation VR extremely easy to set up. You simply follow a few simple steps and within ten minutes you’re up and running.

One snag to the setup process was the sheer number of cables involved. If, like me, you enjoy a clutter-free gaming environment, you might want to re-think your setup because SO MANY CABLES.

Firstly, you have all the required cables for the PS4 and an additional five that plug into various components including the PlayStation camera, the VR processor and the headset itself. Either way, it’s pretty intimidating if you don’t have a high tolerance for cable clutter. Luckily if you use the VR headset often enough, you won’t see the cables too much. 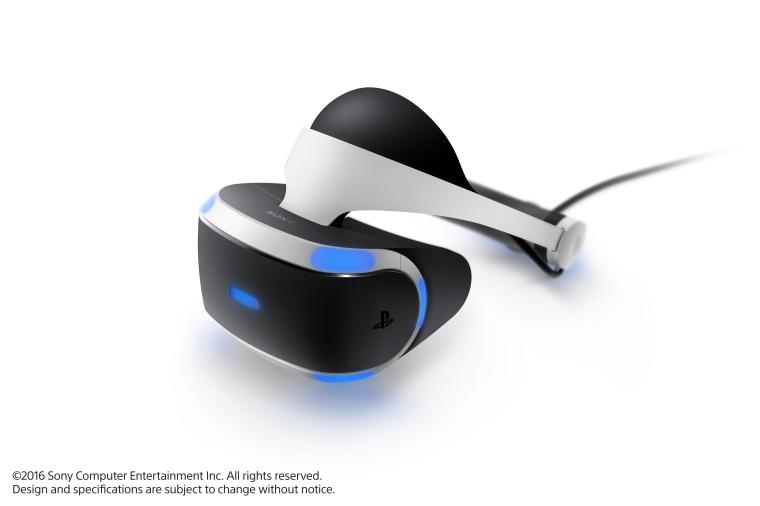 It’s apparent that the PlayStation VR was designed with the everyday consumer in mind. It looks sleek, clean and just on the right side of seeming futuristic without being gimmicky. Compared to other VR models on the market which appear to put the design on the backburner, the PSVR strikes the perfect balance between style and functionality.

As well as this, the headset is surprisingly comfortable to wear despite its heftiness. Due to a clever weight distribution design, the headset rests comfortably on the head and can easily be adjusted for extra comfort. The screen also hangs in front of your face without being strapped directly to it, meaning that it can be worn comfortably with glasses.

Yes, the Playstation VR is one of the cheaper headsets on the market and in order to make the £350 price point a reality it had to make a number of sacrifices. The PSVR uses a 1080p OLED panel which serves 960 x 1080 pixels per eye which are significantly less than the Oculus or Hive. Furthermore, with the humble PS4 being the driving force behind the headset, the game graphics do take a bit of a knock compared to if it were powered by a super gaming PC.

However, from my experience of using the PSVR, neither the resolution of the headset or the game graphics has hindered my experience. Occasionally the graphics do appear less sharp, even when compared to playing a regular PS4 on a TV, but the PSVR is so immersive that at no point did I stop to think “man, I wish that looked sharper”.

The PlayStation VR benefits from being a console accessory in that it is much more accessible than other units available. Sony has successfully made a consumer-friendly and price-friendly piece of kit. Whilst it does have its snags, the PSVR is a “pick up and play” offering that delivers a brilliant virtual reality experience that I have long-awaited for.

The current game titles available help to bolster the headset’s desirability but it’s important that Sony continues to invest in building its VR gaming library. With Resident Evil 7 receiving critical acclaim for its VR experience, we could be beginning to see the true capabilities of virtual reality in gaming and I’m confident in Sony being at the forefront of that movement.

The PlayStation VR is available for £349.99 from Amazon.

Former journalist and avid gamer. By day I work in tech PR.